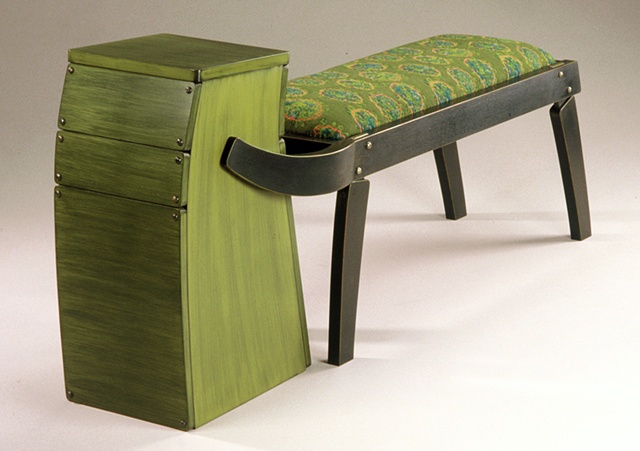 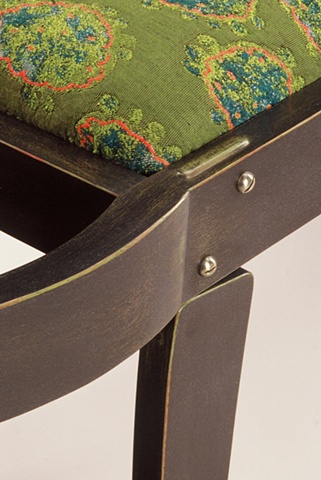 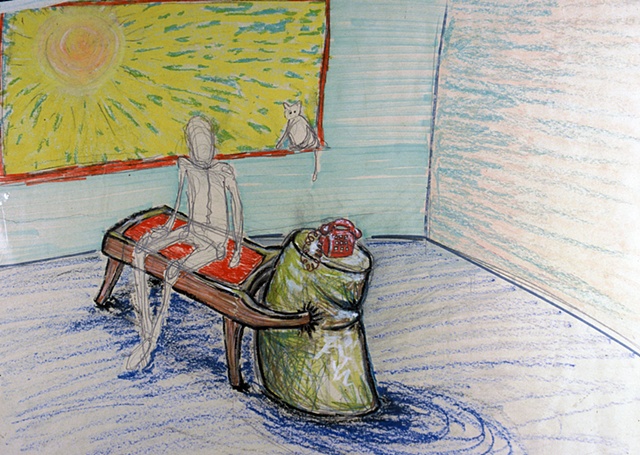 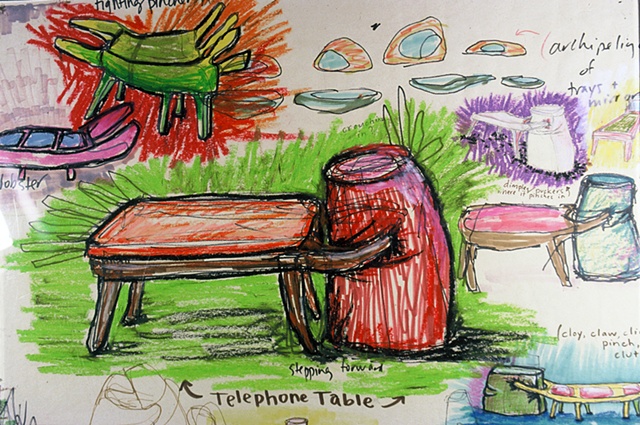 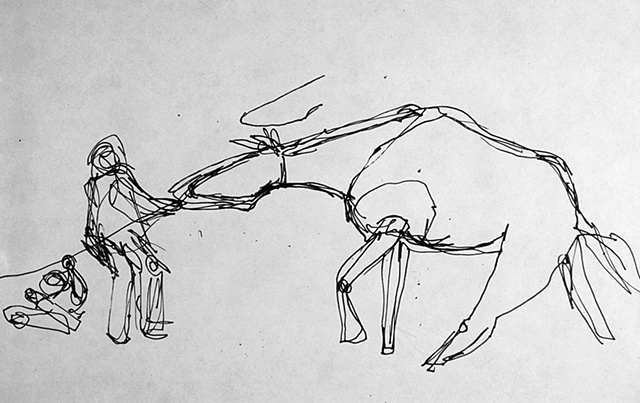 In "Clutch", two pieces of furniture are positioned to suggest an interaction that is physical as well as emotional. The bench clings with a lobster pinch to a table that appears to gingerly shirk away. An imbalanced human relationship is re-presented as a witty furniture arrangement exhibiting body language.

In his essay "Objects Built in a Realm of Total Permission: Studio Furniture and Its Strategies", American furniture historian Glenn Adamson says "Clutch" is done in a "pseudo-anthropomorphic fashion. . . [as] a bench grapples with a telephone table in a nearly comic fashion. In addition to the fundamental perversity of the piece, in which the rigorous formal language of designers such as Jean Prouvé is pressed into narrative service, there is the added unease of the narrative itself. . . Such visual poetry, accomplished with the most basic of woodworking skills, is far indeed from the prosaic mastery of [others]."