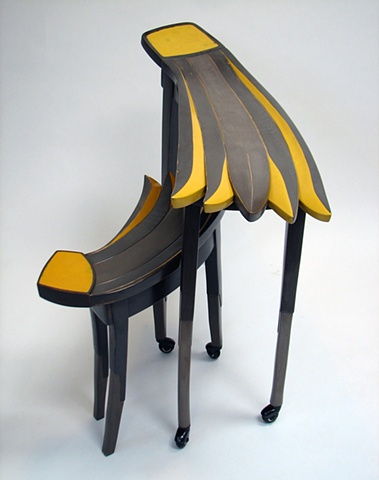 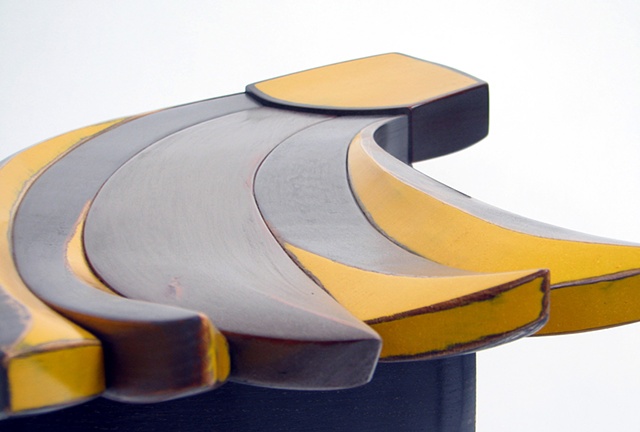 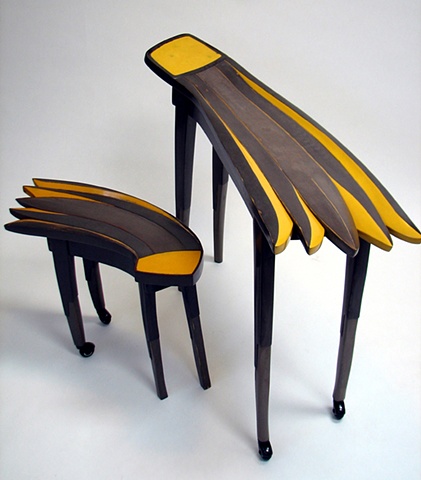 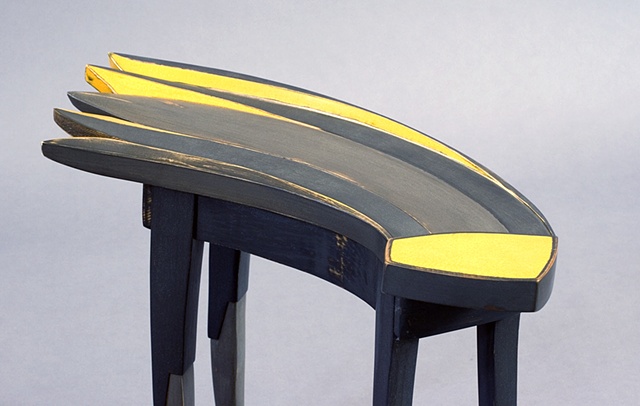 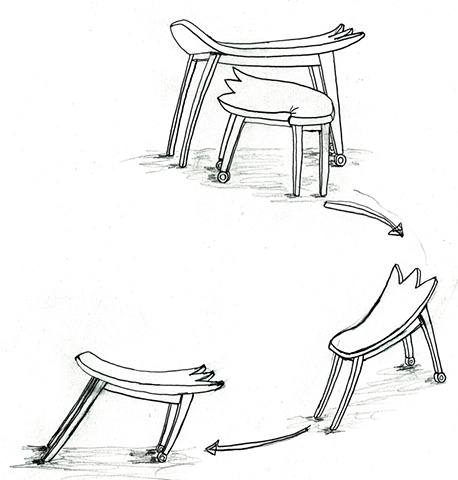 "Fledge" is based on observations of various young animals (including humans) as they huddle near their parents' legs. A gosling will find shelter under the mother goose's wing as it peers at the world, just as dogs lean into their guardian's shins when feeling shy. In "Fledge", the parent table takes a protective stance as the young table leans out, contemplating leaving the nest on a solo flight while still needing the parent.

This parson's table and end table set is constructed from solid wood. Each "feather" of the table is an independent segment, shaped and fitted curve to curve. The legs have lap joints in the "knees". Casters on the hind feet allow these winged creatures to have faster takeoffs and smooth landings, and to be moved easily with one hand.