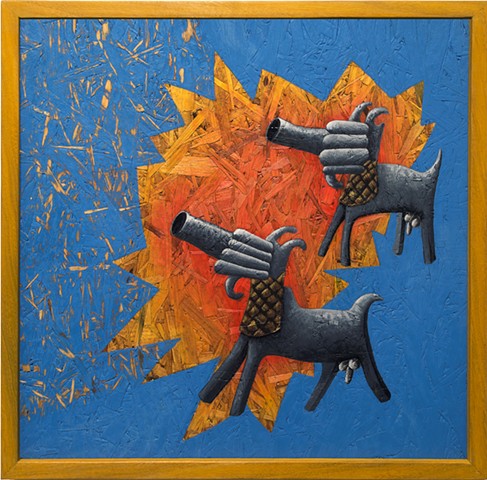 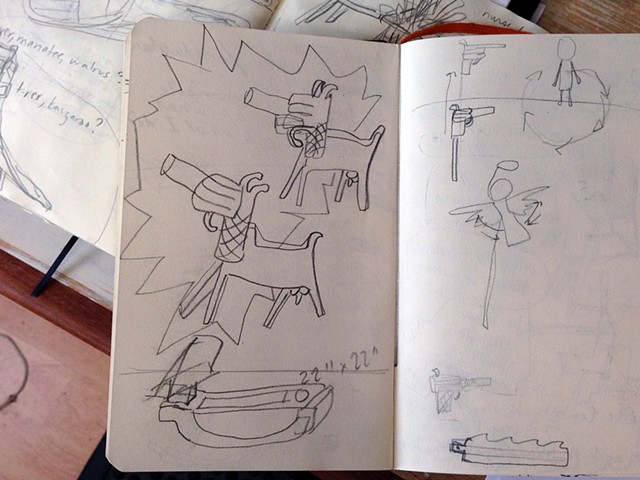 As I grappled with the ever-present, white-noise of living with gun violence in America, this work emerged as a cartoon pencil sketch, a passing doodle. But it had a grip, a punch, and I kept looking at it. One of my fellow residents at the ITE Windgate residency, Katie Hudnall, encouraged me to pursue it as an image. The gun dogs have no eyes, so they are firing blind. At what? This is unclear. The predominant feelings are fear and aggression, a snapshot of an explosion against an unknown. As a comic bonus, the gun dogs happen to be sporting some anatomically incorrect, exaggerated male genitalia.

Bang! Bang! had the working title Gun Dogs over the many weeks I worked on the painting. The influence of Roy Lichtenstein's 1962 painting Blam! had been undeniable from the onset of this work, so the title is a homage to the comic-style explosions depicting a serious subject.

This work is in the permanent collection of the Center of Art in Wood, Philadelphia, USA.