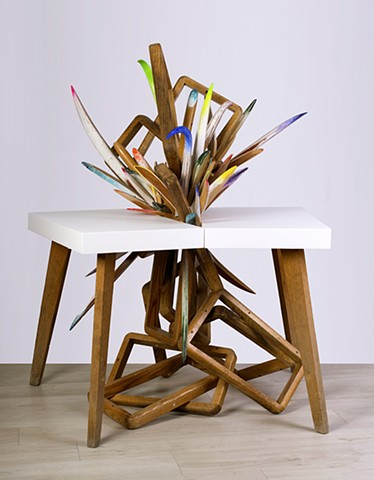 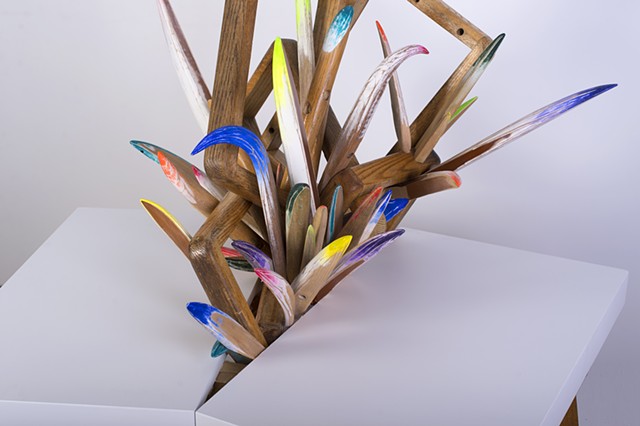 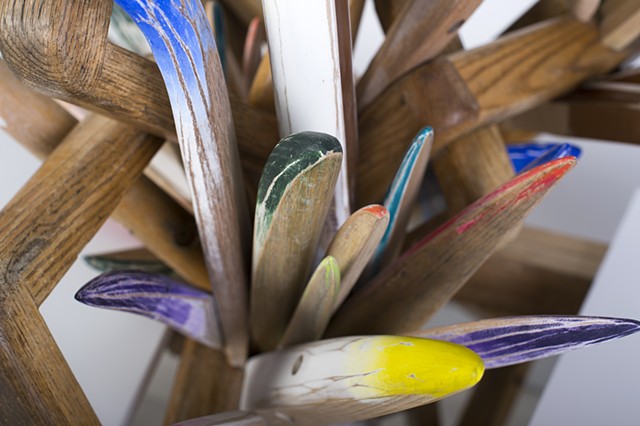 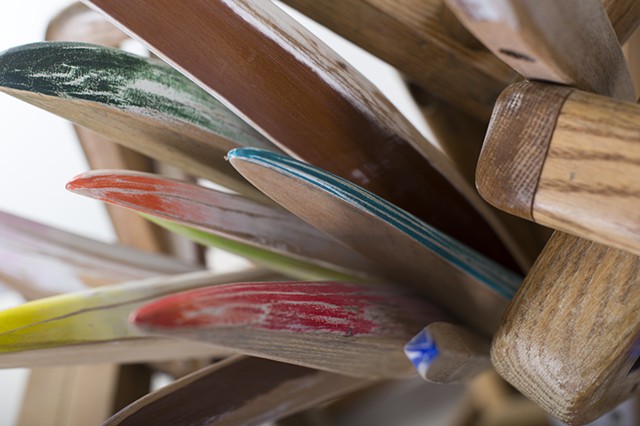 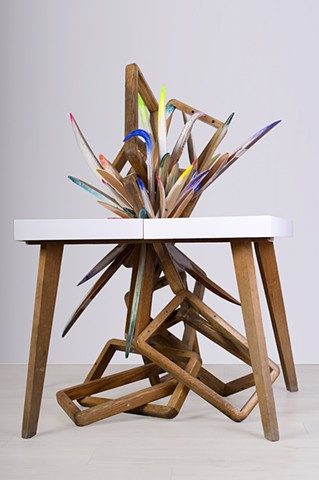 Modernism Gone to Seed takes a poke at the ultimate minimalist/modernist form: the pure white square. A found Scandinavian Modern table is cracked open by a burst of fluorescent tipped growth of tangled furniture parts emerging from below. Conceptually, the work is questioning the Cartesian/ Baconian philosophies that emerged in the early 1600s that lead to ever increasing Dominionism—the moral compulsion to control all wilderness through cultivating and civilising the world and its peoples. Imposing linear, straightforward 'cause and effect' systems and weeding out any entangled, irrational, inexplicable, or 'primative' elements has caused immeasurable damage to nature and culture globally, and fails to recognise extremely complex interrelated networks such as those recently discovered in the communications systems of fungi and tree roots beneath the forest floor. I cannot help but see a connection between the aesthetics such as Greek Classism, Modernism, and Minimalism and the elite reverence of order, purity, and control. The form of this work is inspired by the many examples of weeds pushing up through cracked sidewalks, a perfect example of 'chaos' overtaking control.